Does a blockchain network disruption caused by one person or an organization sound scary? Well, this is precisely what could happen in the case of a 51% attack. The potential cost of such an event would be $1.4 billion.

While this malicious scenario is highly unlikely, it’s not impossible. So, it’s smart to stay informed on the topic and know how to react if it ever becomes a reality.

So, read on to learn all about the potential disruption of the Bitcoin network and how to prevent it.

The infamous 51-percent attack is a scenario where an individual or an organization controls over 50% of the hashing power. This allows them to act maliciously and create a major network disruption. Also, they could partake in double spending or prevent transaction confirmations.

That said, reversing confirmed transactions and creating false ones isn’t possible for a coin miner controlling over 50% of the hashing power. Also, they can’t steal coins from users or create new ones. This means that even though the effect would be devastating, the attack still has a limited reach.

How to Prevent a 51% Attack in Blockchain?

Only an individual or an organization with at least 51% of the hashing power can run this attack. The obvious way to stop this from happening is to prevent a single entity from becoming too powerful. The decentralization of miners and a robust blockchain are therefore crucial.

The Bitcoin blockchain is firm, meaning it takes tons of cash to overtake 51% of the Bitcoin mining power. In fact, it makes more sense financially to use such power and mine BTC legitimately, which is why the likelihood of a BTC double spend attack is low.

That, however, is not necessarily the case with other cryptocurrencies with less developed blockchains. For instance, running a one-hour Ethereum or Litecoin attack, at the time of writing, would cost $360,000 and $29,289, respectively. These are, therefore, in more danger. Vertcoin, for example, suffered four 51-percent attacks on its network back in 2018.

How Much Would It Cost to 51% Attack Bitcoin?

The cost of a 51-percent attack depends on several factors. You should consider the hash rate of the hardware alongside the network hash rate in GH/s. Power consumptions and electricity costs play a role too. Hardware cooling costs, coin mining difficulty, and rewards size shouldn’t be overlooked either.

By contrast, in May 2018, the hash rate was 30,030 PH/s, and the BTC market cap was $128.27 billion. The costs of a one-hour bitcoin network attack were significantly lower at $528,042. So, the exact costs depend on numerous factors and circumstances.

This is the most severe consequence of a person or an organization gaining control over 50% of the bitcoin network. It involves using the same coins twice by validating blocks thanks to high farming Bitcoin power. One of these transactions always ends up canceled.

Let us illustrate how the double spend problem works. We have an attacker ‘A’ who controls at least 51% of the hashing power. This attacker sends the same bitcoin amount to person ‘B,’ and person’ C’. The attacker’s massive cryptocurrency farming power allows them to secretly mine blocks that enable a 51% attack.

After several confirmations, the first transaction sent to ‘B’ is marked as valid. This is when the transfer forwarded to ‘C’ enters the blockchain, which results in the first transaction being void. This means that person ‘B’ that first got the coins ends up without them. They lose the service or money provided for those coins.

So, while the attacker uses the same bitcoin twice, the victim suffers double the damage.

Most digital currencies, including BTC, LTC, ETC, are decentralized. So, no authority or jurisdiction controls or regulates them. This results in a lack of specific laws that prevent malicious or fraudulent behavior. Still, using the same coins twice can be considered fraud under the existing laws in most countries.

How Does Bitcoin Prevent Double Spending?

The thing with the blockchain is, each transaction is confirmed and verified. So, nothing stops people from sending the same BTC coin to two addresses. Due to the Bitcoin mining basics, however, the network will confirm only the first one and pull the second one. That’s why it takes massive hashing power to trick the system, even for a short period.

These incidents have two significant negative effects. First, they generate financial losses by using the same amount of coins twice. Second, they shatter the trust of consumers in the cryptocurrency affected by the attack. Both lead to drastic price drops of the attacked currency.

Whenever this type of incident occurs, users start selling their coins due to fear. Plus, such an attack highlights crypto security issues. Massive selling is a direct negative impact of the double spending problem. As the value of the coin drops, owners of the currency lose money as a result. That’s an indirect harmful effect.

With the reputation of the targeted cryptocurrency damaged, it may take months or even years for it to regain its position. Currencies with low coin mining rates may even be sidelined by exchanges. Why? Well, they are the easiest targets for 51% attacks. Past incidents have shown that exchanges often suffer the most significant losses in such scenarios. So, they try to protect themselves by removing weak links from their offer.

Finally, regardless of the crypto attacked or the amount stolen, these attacks negatively impact the cryptocurrency markets in general. People who try to ruin the reputation of digital currencies use these incidents to prove their point that crypto isn’t secure.

Every Significant and Recent 51% Attack Listed

Fifty-one-percent attacks happen at least a few times a year. As you will notice in the list below, however, the most affected are cryptocurrencies other than Bitcoin.

This list of 51% attacks includes the most significant and recent incidents. Over the years, there’ve been many other incidents, while some Bitcoin attacks were avoided.

Would you like to understand better the concept of running a 51 percent attack and how likely it is to happen? First, you need to understand how Bitcoin works and what makes it the most secure crypto in the world. We have all the answers below.

What Is Bitcoin Mining?

Bitcoin farming is a computational process that creates new Bitcoins and confirms transactions. This Bitcoin mining process adds new transaction records to the blockchain. The method of mining Bitcoin requires a high-power computer that solves complex mathematical problems. When one such issue is resolved, Bitcoin is mined.

Since Bitcoin is a decentralized digital currency, mining coins is crucial to ensure there are no fraudulent transactions. Any cryptocurrency mining computer that partakes in the mining oversees and verifies past transactions. These are then added to a public ledger. The process makes the Bitcoin technology both transparent and secure.

What Are the Math Problems in Bitcoin Mining?

Solving mathematical problems in mining is solving the hashes of the block that comes next in the blockchain. Due to the complexity of the problems, the Bitcoin miner needs a powerful computing device to solve them. Each solved issue earns the miner a predetermined prize.

The difficulty of these problems is adjusted at regular intervals, making Bitcoin easier or harder to mine. With fewer BTC available, mining requires more time and power, which increases the cost and complexity of a potential double spending attack.

Also, it’s good to know that these mathematical problems aren’t as much solving as they are guessing. The computer tests numerous solutions until the correct one is provided. On average, a new block is mined every 10 minutes. A block is the reward Bitcoin miners get for solving a math problem.

Can Bitcoin Still Be Mined?

Yes, but not for long. About 87% of all Bitcoin has already been mined, and around 21 million BTC are available for mining. Once they’re all mined, which should occur in around 2140, no new Bitcoin will enter circulation.

Still, this doesn’t mean that mining will cease to exist. Every BTC transaction includes a small processing fee. Once there is no BTC left to reward miners for their efforts, they will receive compensation from these fees.

How Does a Miner Verify a Transaction?

Transaction verification is done in three simple steps. First, you note down the ID of the transaction. Then, you insert this ID into the Bitcoin blockchain in the dedicated field. Finally, you see the status and number of confirmations associated with your transfer.

Rookie cryptocurrency miners are often confused by the status of their transaction because there is no “Completed” mark anywhere on the blockchain. The Bitcoin blockchain, instead, has confirmation, representing the number of other blocks added after the block with your transaction. As a rule of thumb, after six confirmations, the coins appear in the receiving address.

What Is Double Spending?

This is successfully using the same cryptocurrency coins twice. The first transaction always is void, and its receiving party suffers financial damages. Only people or organizations that control more than 50% of the Bitcoin mining power can run such attacks.

We can define blockchain as a spreadsheet that contains all the information about transactions associated with that blockchain. A blockchain consists of blocks, where verified transfers go, stacked one on top of another. All transactions and blocks in the blockchain are added in the order in which they happened.

It’s important to note that the blockchain updates every 10 minutes. Once updated, the blockchain will include the latest block of transactions in its structure. Each new block is considered a ‘confirmation’ of previous transactions. After six such confirmations, users can be sure that their transfer is valid.

To hack a blockchain means controlling at least 51% of its computing power. So, running a double spending attack in the blockchain is hacking the system. So, we can conclude that blockchains are hackable. Depending on the blockchain, however, this is neither an easy nor cheap task.

As we explained above, many factors affect the blockchain’s 51% attack cost. This means it’s unlikely for one person to achieve this alone. Plus, hacking robust blockchains like the one on which Bitcoin runs, is extremely difficult. It also requires multiple robust mining computers. That’s why there haven’t been such incidents with the Bitcoin blockchain in the past few years.

While a scary scenario for frequent Bitcoin users, such an event is unlikely to happen. Experts monitor the hashing power of individuals and organizations and react promptly. In addition, with the current mining costs, it wouldn’t be profitable for a hacker to perform such an attack anyway.

The real danger regarding the double spending problem and cryptocurrencies lurks for less powerful blockchains, which are much more susceptible to a 51% attack. That’s why several of them have recently recorded network disruptions. 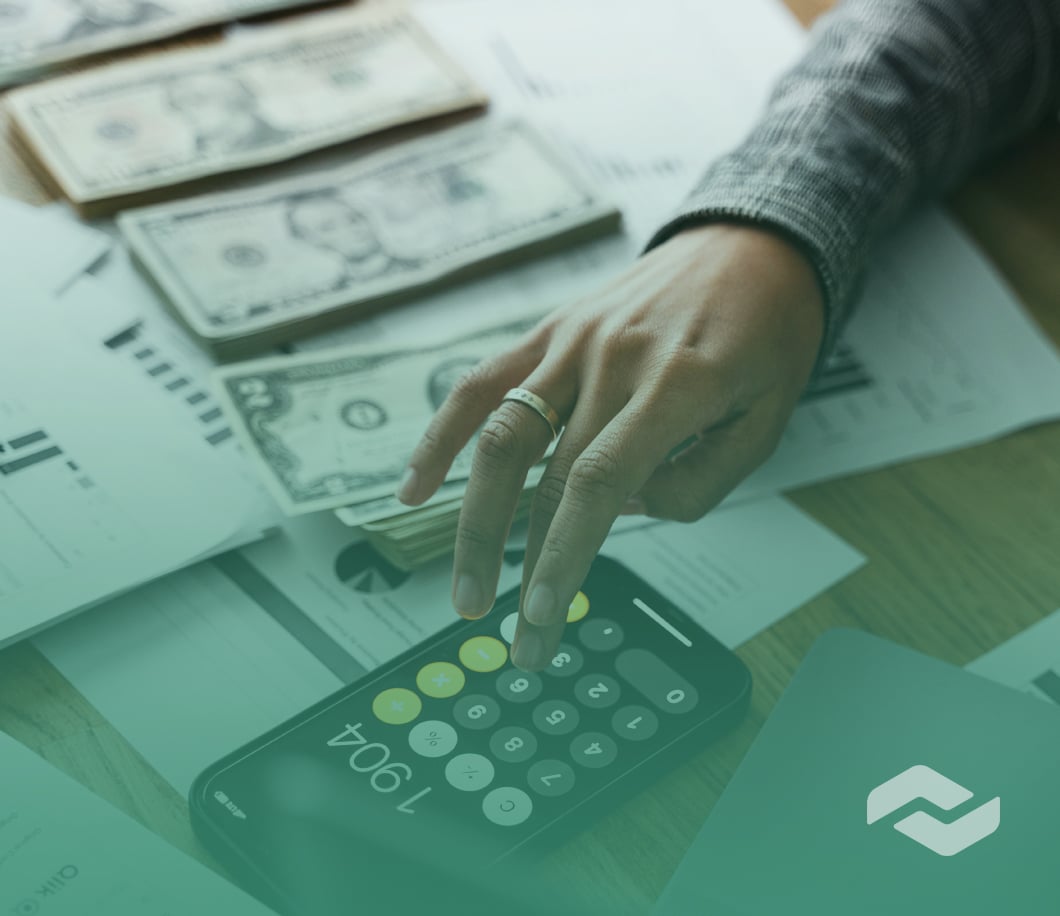 Having a tight grasp on your books is essential when doing accounting, and making a clear distinction between each figure and how it ties into your bottom line is vital. With profit being one of the essential metrics of economic activity, knowing the...

Registering general economic activity and financial transactions may be one of the most critical steps in the history of societal evolution. From counting stones to complex evolved ledgers, the practice has constantly been shifting, achieving greater heights... 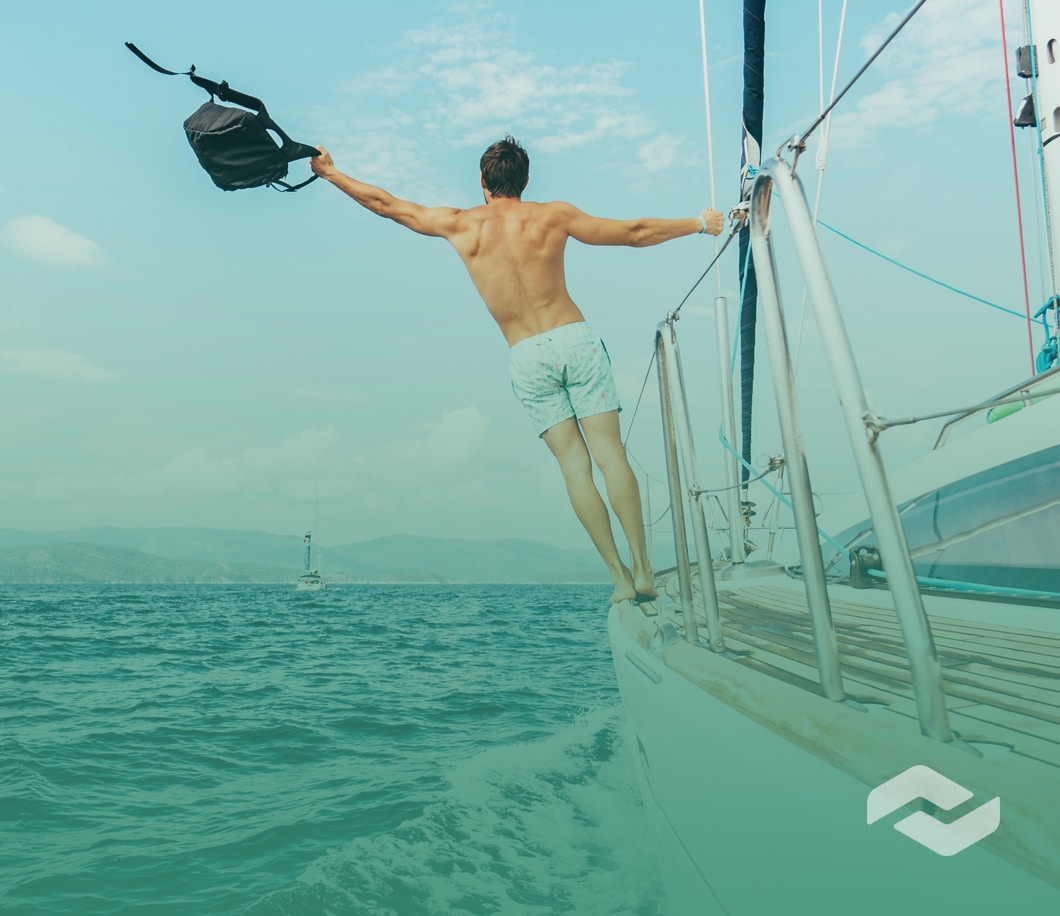 The Youngest Billionaire in the World

Becoming a billionaire is a dream for many and a lot of those that do achieve it do so at a later stage in their lives. Yet, there are a lucky few, who, either through hard work or fortunate origins, achieve this status with their whole lives ahead. So, who...