It’s no secret — the average cost of college stateside has skyrocketed in recent years. In the good old days, baby boomers were able to support themselves through higher education with just part-time summer jobs. Nowadays, millennials are struggling through their adult lives to repay the huge student loans they took out. While the rising cost of college has rendered higher education more expensive, it is not out of reach for most people, and, with some careful planning, it can even turn out to be a bargain. Read on for our full analysis.

Stats and Facts on the Average Cost of College

1. Alumni of an in-state institution should expect to pay around $103,456 in total for the cost of state college.

2. For graduates of a private non-profit university, the total cost of college amounts to a whopping $215,796.

3. The cost of college education for students attending an in-state school for two years is $32,074 in total.

5. Out-of-state public institutions cost around $40,940 in total for a four-year program.

Public colleges have the reputation of being cheaper than the cost of a private college, but how much can students really save? The tuition price tag at a public college stands at $25,620, with other expenses on top of that. Students who pick the in-state route meanwhile will pay $25,290 on average to cover the full costs of attending a four-year program.

6. Unsurprisingly, the average cost of community college is lower than the cost of 4-year college education.

Public community colleges cost $4,864 (in-state) and $8,622 (out-of-state) per year. However, the amount students in America spend on higher education is still very high, with student loan stats showing that borrowers spend approximately 20 years paying off their debt. Taking into account the interest and income loss they face, the ultimate cost for a bachelor’s graduate may even go above $400,000.

7. In the United States, the average yearly college cost for in-state university students is $25,864.

9. Around 66% of students apply to the federal financial aid program.

Undergraduates eligible for federal work-study earn about $1,794 per year, on average. Moreover, 18% of students gain income through work-study. Financial aid consists of grants and scholarship programs designed to help students with good results in school and sports. Students with disadvantaged personal situations who show extraordinarily academic results may also be favored. As such, the average cost of college tuition can be reduced drastically.

Those who score a GPA of 4.0 or higher get the chance of getting a scholarship and sidestep some college costs, but other students may also benefit from them in special circumstances. Each school may have different rules on them. But how much does it really help? Besides covering the tuition costs, the aid may also be spent on other necessities, within reason. Students that have the opportunity for one should, as the average cost of college after scholarships are significantly lower, if not even zero.

These programs allow high-school students to participate in classes at institutions such as community colleges. Also referred to as early college, this type of program is a great way to earn some extra credits for free or very cheap. These will then count to the requirements for the future college curriculum while at the same time also allow high schoolers to finish their current education. It can be challenging to study in this rhythm, however, it’s a great way to reduce the average cost of a semester of college, since you won’t be paying for as many classes.

One often-overlooked way of getting a higher education is through a 2-year program in a community college, maybe even in your hometown. Many students falsely believe their careers will suffer if they do not complete the full four years in university. The truth, however, is that employers rarely care and the money saved due to the lower cost of community college is not something to pass up on easily. College students can take valuable credits for a fraction of what they would have spent otherwise.

Over the past few decades, online college classes have also been growing in popularity. It doesn’t just offer a cheaper alternative to traditional higher education, but it’s also more flexible and convenient.

Besides the cost of online college tuition being lower, a ton of other expenses can also be avoided. Some students may even choose to keep living with their parents and have basically zero accommodation costs. Another huge advantage of online college is that due to its flexibility, students may have an easier time working while also completing their education.

College textbooks are infamous for burdening down students, not only literally, but also in price. Many students have also complained that besides paying a lot of money, they didn’t even use some of the textbooks at all. Still, a study done by US PIRG found that 94% of students who didn’t have the textbook required for a class felt their academic progress was impacted negatively. The average cost of college textbooks is estimated to be around $1,200 per year.

15. Over two-thirds (67%) of students choose to buy old books instead of paying the high fees for new ones.

While this might not always be an option since some classes require supplemental materials that will only come with a new book, most of the time it is a viable alternative. Besides, your chances of finding a book that still is in good shape are fairly high. If some notes and scribbles here and there are not distracting, this option can be a significant cost saver. To top it all off, at the end of the semester, you can then resell it yourself, and recoup some of your money, lowering your average cost of college books significantly.

16. Over half of students rent textbooks.

Renting or sharing books is another great alternative students use to save on costs. Studies show that 55% of all students rent textbooks. Sharing is also widely popular, so, if you have a friend taking the same classes as you, splitting the cost of a book in two is a good alternative. If you can manage it, you could even split it with multiple people, and bring your average cost of college textbooks per semester lower.

Digital books are another new and creative way students are saving money. Textbook companies do offer, most of the time, a digital alternative. This is great news for students since the cost of physical books is always higher. For example, a new copy of the 11th edition of Campbell Biology costs over $200, while its digital counterpart can be obtained for as little as $55.

18. The average cost of college student health insurance is estimated to be somewhere in the $1,500-$2,500 range per year.

Most students don’t want to hear a word about health insurance. Colleges, however, typically require enrollment in a student health insurance plan if they are not already insured elsewhere. However, 8.7% of students in 2016 still lacked coverage, exposing them to enormous potential financial hardship due to the exorbitant costs of healthcare in the US.

One cost that students can hardly avoid is housing since most are not attending college in their hometown or even home state. Food is another significant daily expense.  Students who live on campus spend around $11,451 annually while the average cost of college room and board for those who stay off-campus is $10,781.

20. Students spend $11,620 on room and board at public four-year institutions on average.

This doesn’t tell us the full story though, as, depending on where you attend, these costs may go up or down drastically. For example, students at the University of California, Berkeley, pay approximately $19,620 yearly, which is almost double the national average. On the other hand, Northwestern Oklahoma State University attendees have to pay significantly lower, $4,950 per year. This is half the average cost of room and board for college in America.

Stats on the Historic Cost of College

While inflation naturally accounts for part of this surge, data shows that since 1970, the total inflation has been only 591.38%, meaning that the truth still stands: the cost of college over time is skyrocketing.

Unsurprisingly, the cost in California is higher than the national average. Glendale Career College has been dubbed as the most expensive, requiring a total of $71,838 for fees. At the other end of the spectrum, the ABC Adult School costs only $700.

The median in-state yearly cost of college in Texas for tuition was about $16,319 for the 2019-2020 academic year. Midwestern State University Wichita Falls meanwhile has been dubbed as the most affordable college in the state.

26. The average cost of college in Florida is just over $6,000 if you’re from the Sunshine State.

College tuition on average in 2020 was $6,179 for state residents and $23,861 for students from a different state. The most expensive is the University of Miami ($51,930) and the cheapest is the University of South Florida-Sarasota-Manatee ($16,502) when we consider the average total cost of college.

27. The cost of college in Michigan is among the lowest in the country.

As a multicultural and diverse country like the US, Canada is highly attractive for students from all around the globe and fetches lower tuition fees than the average cost of college in America. The cost of college in Canada is an average of C$6,463 ($5,139) for undergraduate degrees per year. International students should expect a yearly bill of C$29,714 (~$22,500).

29. Thе cost of college in Germany is zero for locals and in most cases, for international students.

It might be shocking for someone from the US, but the average cost of a college education for most of the Universities in Germany is actually zero. You read that right. Since 2016, the majority of German universities have abolished fees for higher learning. Besides some small administrative spending and living expenses, the cost of free college stands.

Since 2016, however, some establishments (albeit not all) reintroduced fees for internationals. For example, non-EU attendees of Baden-Württemberg must now pay €3,000 (~$3,500) per year in tuition fees, which is still a bargain compared to the average cost of college in the States.

30. The cost of college in France is also zero in most cases.

As a member of the EU and the European Economic Area, France offers the option to attend college for free to students that come from other members of these political and economic unions. However, if you are an international student, you must pay tuition fees. International students in France will have to fork out €2,770 ($3.356) per year in tuition fees.

Japan is known to offer some of the highest standards of education in the world. Compared to their American counterparts, Japanese students have it easy, having to pay ¥535,800 (or $6,500) per year.

32. Australia has over 624,000 international students and counting.

33. Students looking for a better deal on the cost of college tuition than in the US may want to look somewhere different than Ireland.

While a little cheaper, the cost of college in Ireland is still higher than in most places in Europe. As such, it costs approximately between $9,915 and $13,145 to study for a year at Trinity College Dublin. The University College Cork charges around $7,320-$28,550, depending on the area for those studying abroad.

The average cost of college and university is on the rise, which puts a lot of pressure on students and their families. That said, there are ways to reduce those costs with careful planning and possibly, exploring some overseas studying options. 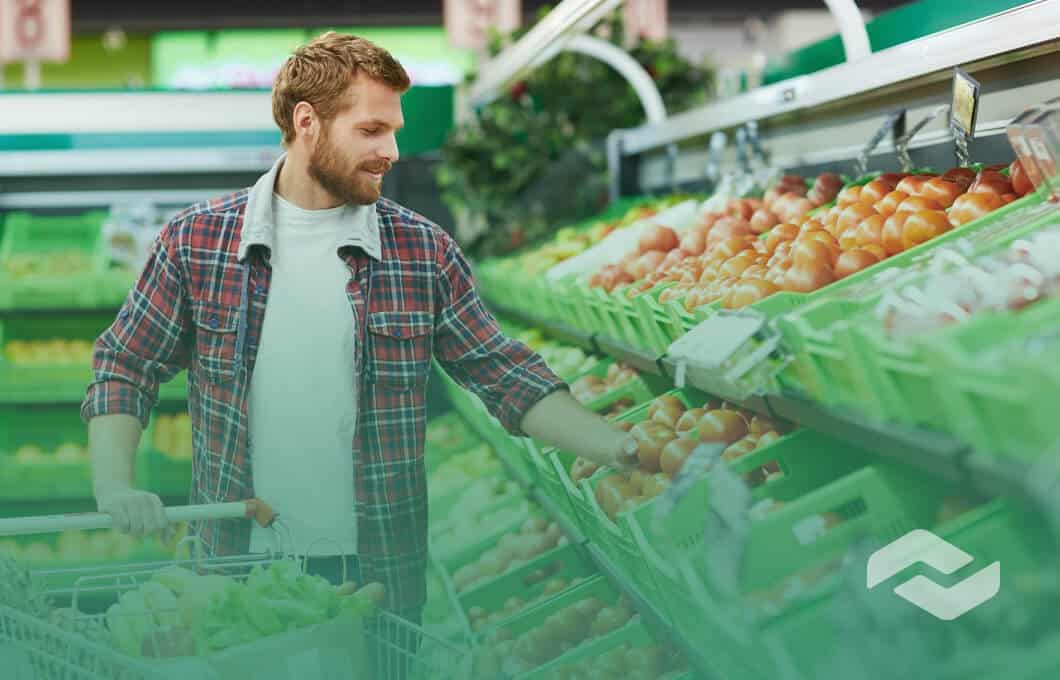 Americans spend over $750 billion on groceries a year. Grocery shopping statistics show that the weekly average spent on groceries is $120, while the average time spent shopping is 41 minutes. Overall, the grocery store industry is an essential part of the US... 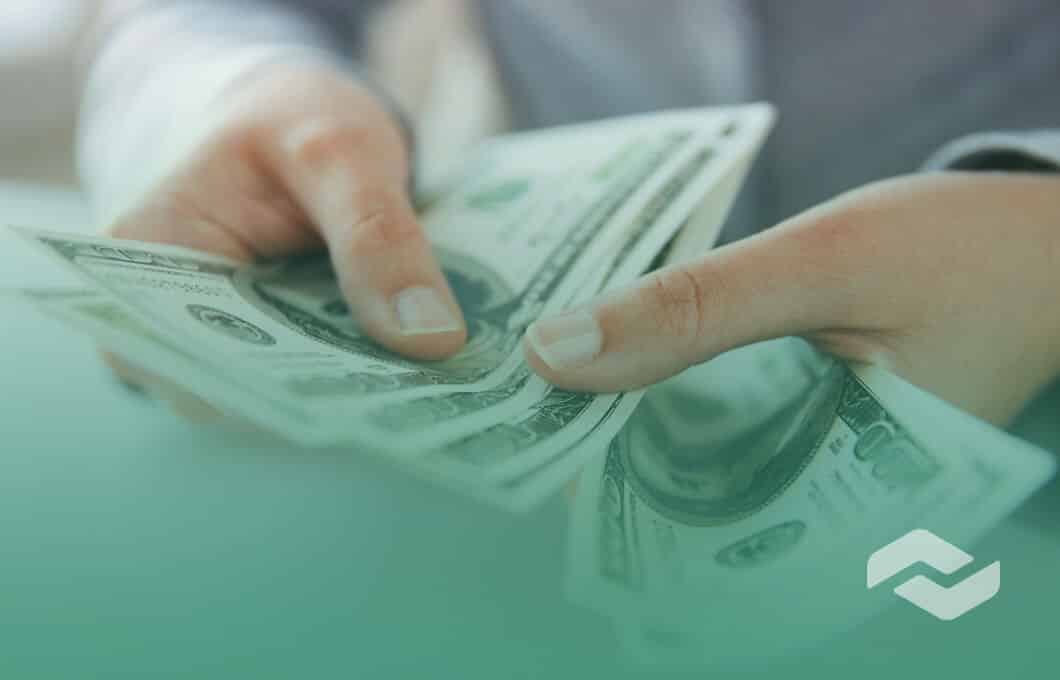 Even if you’ve never needed one, you probably have heard of payday loans. These ultra-short-term, high-interest loans are the only source of immediate funds for many cash-strapped Americans. However, as these payday loan statistics show, there’s a lot... 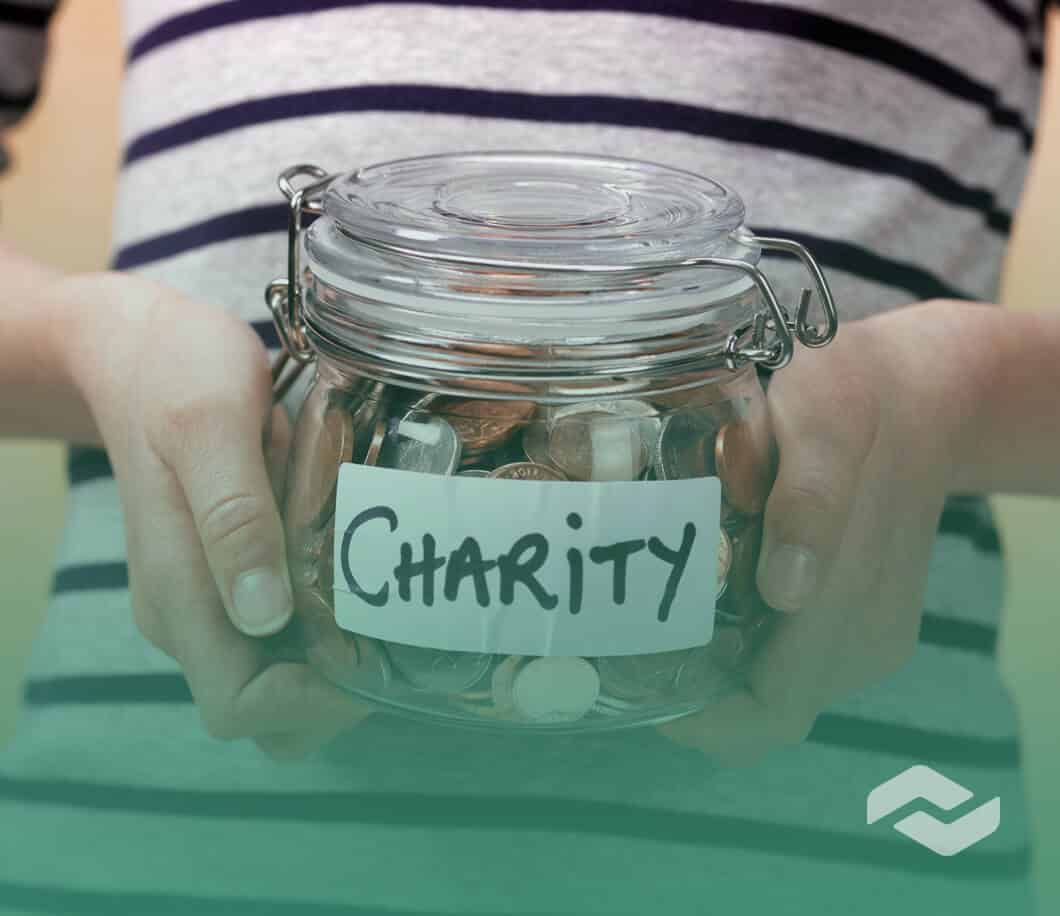 Did you know that Americans are one of the most generous nations and that the most significant share of donations comes from individual donors? According to charitable giving statistics, with the rise of online platforms and mobile devices, charitable giving...