How many people are using welfare? How big is the average welfare check? Which state gets the most funds? Read on to learn the answers to these questions and many other must-know welfare statistics and FAQs. About 41.5 million Americans were part of the Supplemental Nutrition Assistance Program (SNAP) in 2021. In 2019, 22.3% of the general expenditures were spent on public welfare. State and local governments spend around $744 billion a year on public welfare programs. These are just some of the welfare facts and statistics that cover this critical sector of the American economy.

2. 65% of public welfare spending for 2019 was provided by federal intergovernmental grants to local and state governments.

Statistics on welfare show that in the fiscal year 2019, $483 billion of public welfare funds came from federal transfers. This amount makes for about 65% of all the money spent on welfare in the USA that year. Compared to 1977, the federal share of public welfare spending went up by 10%.

4. Almost 50% of Americans think the government should increase spending on social security.

Welfare statistics show that nearly half (48%) of Americans support increased spending on social security. Over a half (55%) meanwhile think that the government should spend more on Medicare. There is also strong support (72%) for increased veteran benefits. Respective 46% and 31% supported spending more money for assistance to the needy in the USA and assistance to the unemployed.

5. The US government spends about $100 billion per year on corporate welfare.

A 2012 research by Cato discovered that the USA corporate welfare costs the country about $100 billion a year. Corporate welfare vs social welfare statistics, meanwhile, show that the government spends more than double on social welfare. Still, $100 billion is a considerable amount of money that could infuse around $800 a year into every American household. These funds could be crucial to dealing with household debt, reducing poverty, and boosting the spending power of Americans.

6. Less than 1% of assistance funds in 2016 were associated with fraud.

The official US welfare fraud statistics show that the state agencies opened and completed 963,965 welfare fraud investigations in 2016. This figure increased by 33.31% from the number of completed investigations (723,111) noted in 2015. Among SNAP recipients, there were 5,095 prosecution convictions and 110 acquittals. The average amount of SNAP fraud per DQ from prosecution in 2016 was $3,992. A total of 55,930 disqualifications from SNAP were recorded that year.

A total of 1,389,690 TANF recipients are children, and this is one of the most worrying welfare facts. By contrast, government welfare statistics show that only 431,687 adults received TANF in March 2022. This presents a clear picture that American children are the most vulnerable group of citizens in the country. California (495,240) and New York (123,980) remain the states with the highest number of TANF recipients in this category, as well. When it comes to adult users, the situation is also the same, with California (163,297) and New York (52,031) taking the top spots.

9. Almost two-thirds of TANF/GA participants stay on welfare for only 1–12 months.

In a January 2009-December 2012 study by the US Census, the government collected data on the average participation period in welfare programs. These welfare dependency statistics showed that only 9.8% of recipients stay on TANF/GA between 37–48 months. Housing assistance and SNAP programs noted that 49.4% and 38.6% of their respective participants remained between 37-48 months. Welfare facts and statistics also show that 24.8% of housing assistance and 30.4% of SNAP participants received assistance between 1–12 months. When it comes to Medicaid, 35.6% of participants used it for 1–12 months and 35.3% for 37–48 months. In all the programs, the percentage of participants staying 25–36 and 13–24 months is under 20%.

Most of those funds ($7.05 billion) went to assistance, while $5.22 billion went to childcare. US government welfare statistics list the following sectors as major spenders: work, education, and training ($3.04 billion), refundable tax credits ($2.83 billion), and head start ($2.67 billion). Child welfare, administration, and emergency and short-term benefits attributed to spending of $2.63 billion, $2.18 billion, and $1.16 billion, respectively. A significant share ($4.73 billion) went to other TANF services.

11. The number of TANF participating families has significantly dropped in the period between March 1994 and November 2020.

TANF assisted 5.1 million families back in March 1994. Welfare dependency statistics put this figure at an all-time high in the history of the United States. Ever since then, the number of TANF welfare recipients by year has been declining. In November 2020, this figure dropped to 1 million families.

Most of the participants live in Florida (108,000), Texas (94,000), and California (90,000), according to US welfare statistics. SNAP is critical to supplying struggling veterans with an adequate diet. Namely, around 37,000 US veterans were homeless in January 2019. Approximately 25% of low-income veterans in the US participate in SNAP.

13. About 4.8 million low-income seniors participate in the SNAP program.

The biggest number of people on welfare from this group, i.e., three out of four live alone. American households with seniors received about $6.6 billion in SNAP funding in 2016, welfare statistics by year show. In 2015, about 71% of households that participated in SNAP and included a senior were below the poverty line. Moreover, around 8.3% of such households were food insecure.

The official US child welfare statistics highlight the importance of SNAP in providing an adequate diet to millions of children. About 44% of SNAP participants are children, and 21% are adults living with those minors. Among those children receiving SNAP in the US, 31% are preschool children under five, and 42% are kids aged 5–11. An additional 27% belong to the 12–17 age group per the official demographics of welfare recipients.

The annual average per family with children in the fiscal year 2015 was $4,700. For most SNAP participants, welfare statistics show that this amount represents an income boost by a significant 38%. Namely, a typical family with children that participated in SNAP in 2015 was represented by an adult and two kids. Such a typical family had an average income (before SNAP) of $1,027 per month or $12,300 per year. Additionally, the incomes of more than 80% of families receiving SNAP were below the poverty line.

17. The largest share of SSI funds in August 2022 went to the visually impaired and disabled.

The average overall SSI monthly payment in February 2022 was $623.09, according to government welfare statistics. The average monthly payment for the aged Americans was much lower ($499.56), while the blind and disabled received $644.52. The highest average SSI monthly payment of $731.71 was recorded among Americans under 18. The age groups of 18–64 and 65+ received, on average, payments of $658.65 and $510.15, respectively, as revealed by the welfare demographics table.

The Census welfare statistics by race show that non-Hispanic white Americans used only 13.2% of governmental assistance. The racial breakdown of welfare recipients covers the period from 2009–2012 and places Asians next on the list with 17.8%. Hispanic and African American citizens received 45.7% and 48.6% of welfare support, respectively, show the welfare recipients by race stats. Among those, 56.3% of African Americans and 43.6% of Hispanic people participated between 37–48 months.

Single mothers welfare statistics reveal that half of the users are families with a female householder. i.e., single mothers. In contrast, 29.5% of participants in welfare programs in 2012 were from single-father families. Finally, married couples used only 14.7% of the US welfare funds. These figures show that single parents have it harder than the rest, with women having it the worst. As a result, the largest share among them (58.5%) also stays the longest (37–48) in welfare programs. In comparison, about one-third of married couples (34.8%) and single-father families (35.2%) participate that long.

Government assistance statistics reveal that both programs help Americans deal with high healthcare costs. Medicare spending jumped by 3.5% and reached $829.5 billion and contributed to 20% of all health expenditures stateside. Medicaid spending increased by 9.2% to $671.2 billion and represented 16% of the US total health expenditure.

How many people are on welfare in the United States?

About 59 million Americans received some type of government assistance through the major welfare programs in 2019. This means that about 17.7% of American people are using one or more programs like SSI, TANF, and SNAP. Overall, all public welfare programs cost the USA about $744 billion every year.

Who uses welfare the most?

This depends on the program and category. When it comes to the TANF, children represent 76.3% of all recipients, while California is the state with the most users. The visually impaired and disabled, on the other hand, are the biggest users of SSI funds.

How many people on welfare work?

Almost 75% of those that receive governmental assistance worked the month when they received the aid or within the past 12 months. This percentage jumps to 81% if the other household members are included in the calculations. However, the largest percentage of welfare recipients who work have unstable jobs.

How many people abuse welfare?

How long is the average person on welfare?

This depends on the person’s eligibility as well as on the type of program. Plus, some states limit the assistance duration between 2–5 years. TANF users receive, on average, assistance between 1–12 months. About half of the recipients of housing assistance participate between 37–48 months.

Which states have the most welfare recipients?

California and New York are the states with the most TANF recipients. New Mexico has the highest percentage of federal funding recipients. California and Texas recorded the most SNAP participants. So, the answer to this question depends on the program.

How much is the average welfare check?

The amount of the average welfare check depends on the program, state, and recipient. However, the average TANF support a single-parent family with two children gets is about $418 per month. This help comes with a 60-month lifetime limit. Please note that this amount can vary significantly.

Can you live off welfare?

TANF benefits aren’t enough to meet the basic needs of families. Namely, the average TANF assistance is lower than the rental costs of most 2-bedroom apartments in any of the states. For 60% of recipients, it isn’t enough to help them meet the federal poverty line either.

How much does welfare pay per child?

The amount varies depending on where you live and what program you participate in. Families with two children can get up to $500 SNAP support. For a 4-member family, the TANF assistance, however, can reach up to $900.

There are various government assistance programs that help millions of Americans survive. Each of these programs has different eligibility criteria and targets different categories of people in need. SSI, TANF, SNAP, housing assistance, and Medicaid are among the most commonly used.Official welfare statistics show that almost 18% of American citizens depend on welfare, and such programs cost the country about $744 billion a year. 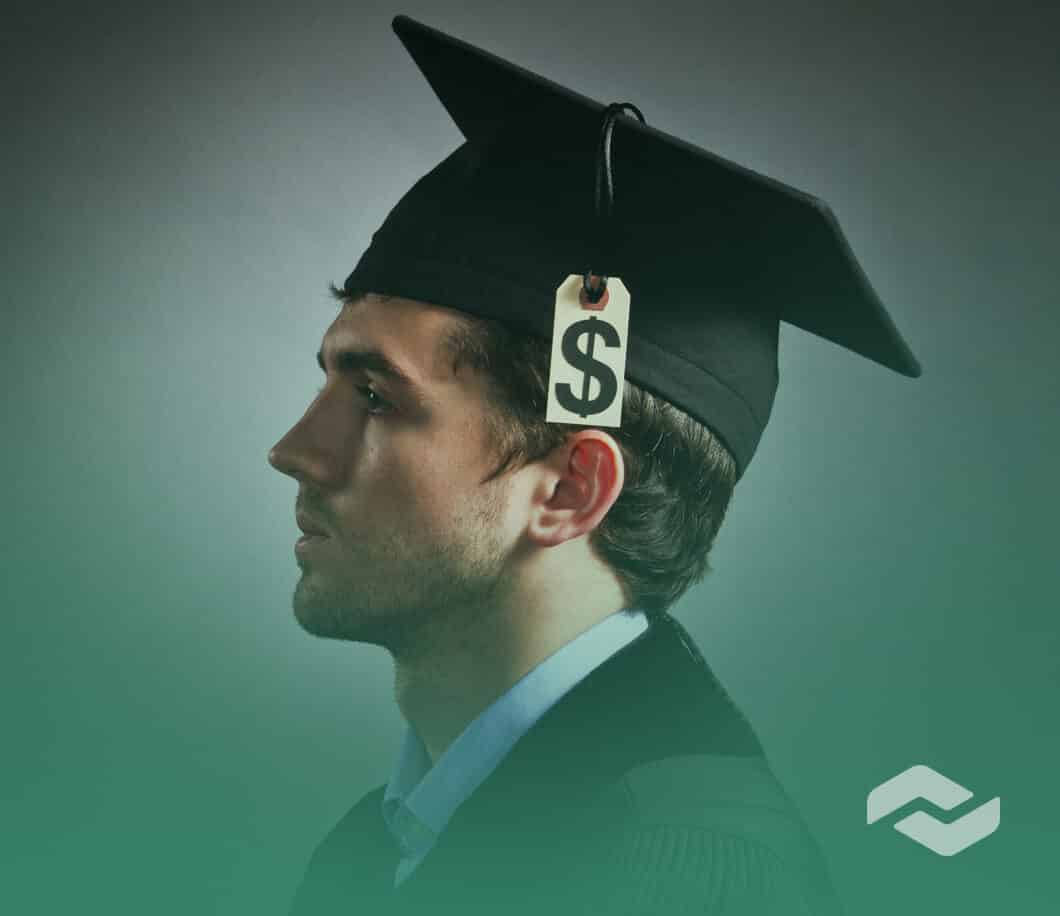 College debt is one of the most serious financial issues Americans have been struggling with for the past two decades. Student loan debt statistics show that in 2021, Americans owe over $1.7 trillion. Even with all the financial aid, grants, and sponsorships,...